Levi Strauss & Co. is a clothing company founded in 1853 by Levi Strauss, a Bavarian immigrant. Levi Strauss began his corporate history by opening the first branch in San Francisco, California. In 1871 Jacob Davis entered into partnership with Levi Strauss, who together conceived and designed the overalls. An ideal garment for workers of the time, especially those of the mines, which was practical and comfortable for laborers. The work went so well that Strauss decided to patent the method and apply it in the various factories. Therefore, on May 20, 1873, the first modern pair of jeans in the history of Levi’s Strauss & Co. was officially patented.

We at Blog Don't Lie took the opportunity to have some remanufactured pieces in the store coming directly from the American market, UNIQUE PIECES !!

It was 1886 when the "patch", the label with two horses, first appeared. It was in leather or similar and was on the back of the pants. Here are the size and model of the jeans, in addition to the brand invented by Sigmud, Levis' grandson. The design depicted a basic quality test, with two horses trying to tear off a pair of jeans by pulling them from one end to the other. All this was to demonstrate the strong resistance of the boss.

The logo today is simple in color (red) and recalls in shape the stitching on the back pocket of the company's most famous jeans panttaone. The upper case font (with the exception of the "e") fills all available space. 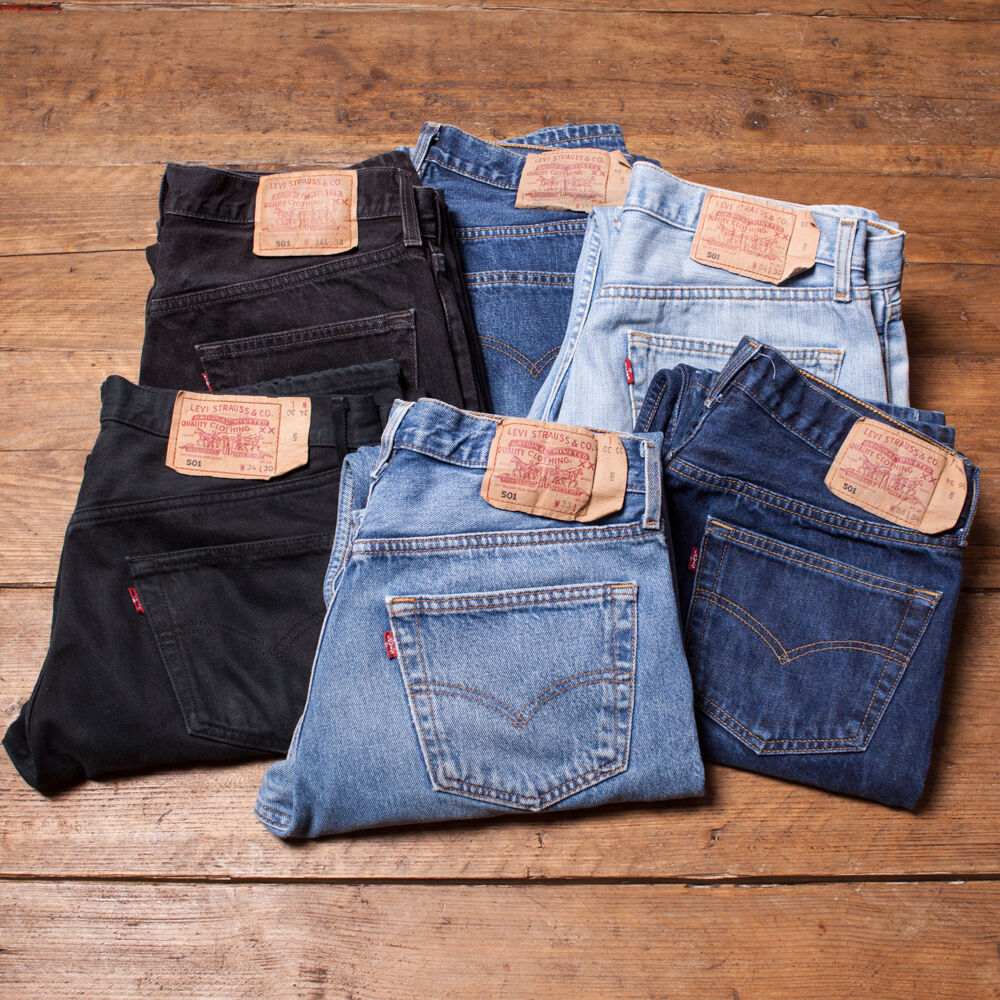 The needs began to change with increasing business, Levis needed to become a more recognizable and distinguishable brand from the rest of the competition. For this reason, the red tab was born, or the red label. The red tab was very small, about 1.5 by 0.5 cm, and was flag-stitched on the edge of the back pocket with the word Levi's, all in lower case and vertically. In 1936 the red tab was also covered by copyright.

Starting from 1890 all the models produced by Levi Strauss & Co. are numbered in sequence, but the 501 model remains the classic one, out of the current fashions. Its strength lies in the original line and in the tradition. It suggests independence, freedom and a typically American style.
The first 501 model put up for sale was in 1890.

It is said that Dockers, in 1992, instituted what we all know as "casual friday", inviting his employees to dress casual once a week. In fact, casual friday had already been anticipated around the 1950s.

It seems that the first jeans produced were khaki brown and that blue had only been introduced later due to the lack of fabric.

In the film Back to the Future, Calvin Klein is mentioned, but in the Italian adaptation we speak of Levi's since he was better known in the 80s.